In this episode of Researching Transit, Professor Graham Currie speaks with innovators Dr. Velvet Fitzpatrick and Dr. Drew Dara-Abrams. Dr. Fitzpatrick is a Senior Program Officer for the Transportation Research Board (TRB) of the National Academies of Sciences, Engineering and Medicine. TRB, host of the world’s largest annual meeting for transportation research, plays an immense role in both generating and disseminating transport research.

Dr. Fitzpatrick discusses her work with novel technology projects through TRB’s Transit IDEA program. The Transit IDEA program – Transit Innovations Deserving Exploratory Analysis  – was founded in 1992 with the aim of funding unproven early-stage research; projects that are too risky for other institutions to invest in. Each year, a call for proposals is developed which reflects needs in the field of transportation. An expert panel evaluates proposals and selects eligible projects. To date, 99 projects have received funding through the program.

Transit projects funded through the program are diverse in scope. Examples include drone technologies that make parking at Commuter Rail stations safer; and bus sensor technology that identifies riders in need of extra assistance for boarding and alighting. Dr. Drew Dara-Abrams of Interline Technologies has been involved in a recent IDEA-funded project. Drew works with transit agencies realise the value of high quality real-time transit data (through general transit feed specifications, or gtfs). Funding from the IDEA program has spurred incorporation of this real-time data into the Transit.Land open access platform, that provides an interface for agencies to query their timetable data. Learn more about Interline Technologies’ work by visiting www.interline.io.

Dr. Fitzpatrick speaks about the complexity, partnerships, risks and dedication that go into developing implemenetation-ready technologies in transport. One challenge is the longer-term payoff associated with early-stage innovation; which means projects require sustained effort and investment beyond the life of Transit IDEA funding. This is why Transit IDEA works with project teams to grow their networks and attract funding. She highlights two key lessons for innovators in transportation should be: 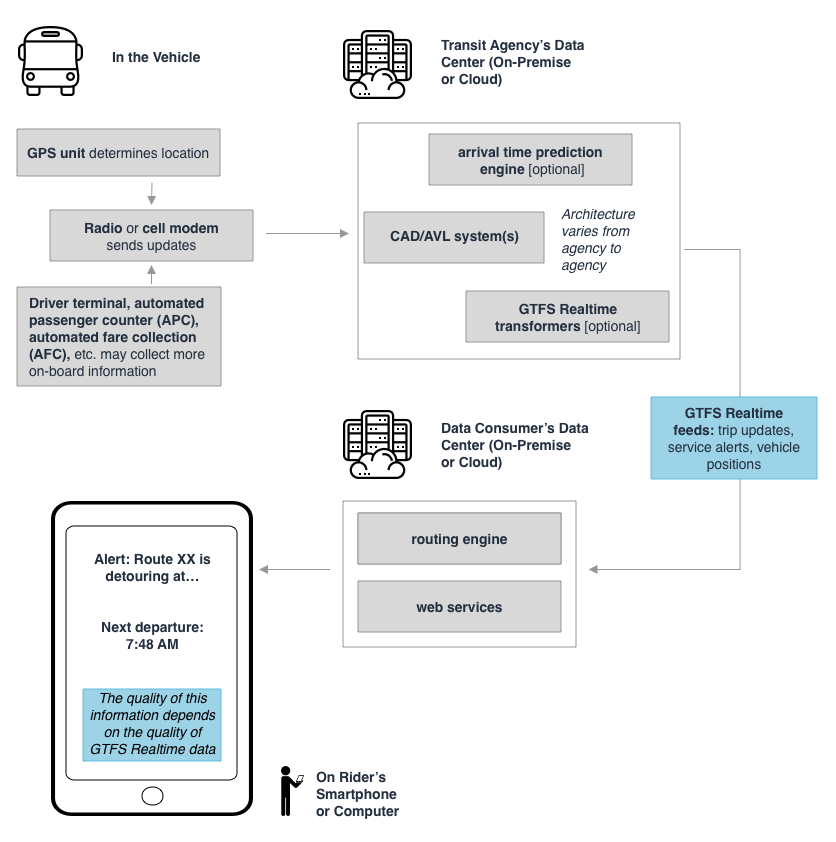 Technical architecture diagram showing how GTFS Realtime feeds fit into the overall process of sending real-time data from a bus/train to a rider/user. (Source: Interline Technologies) 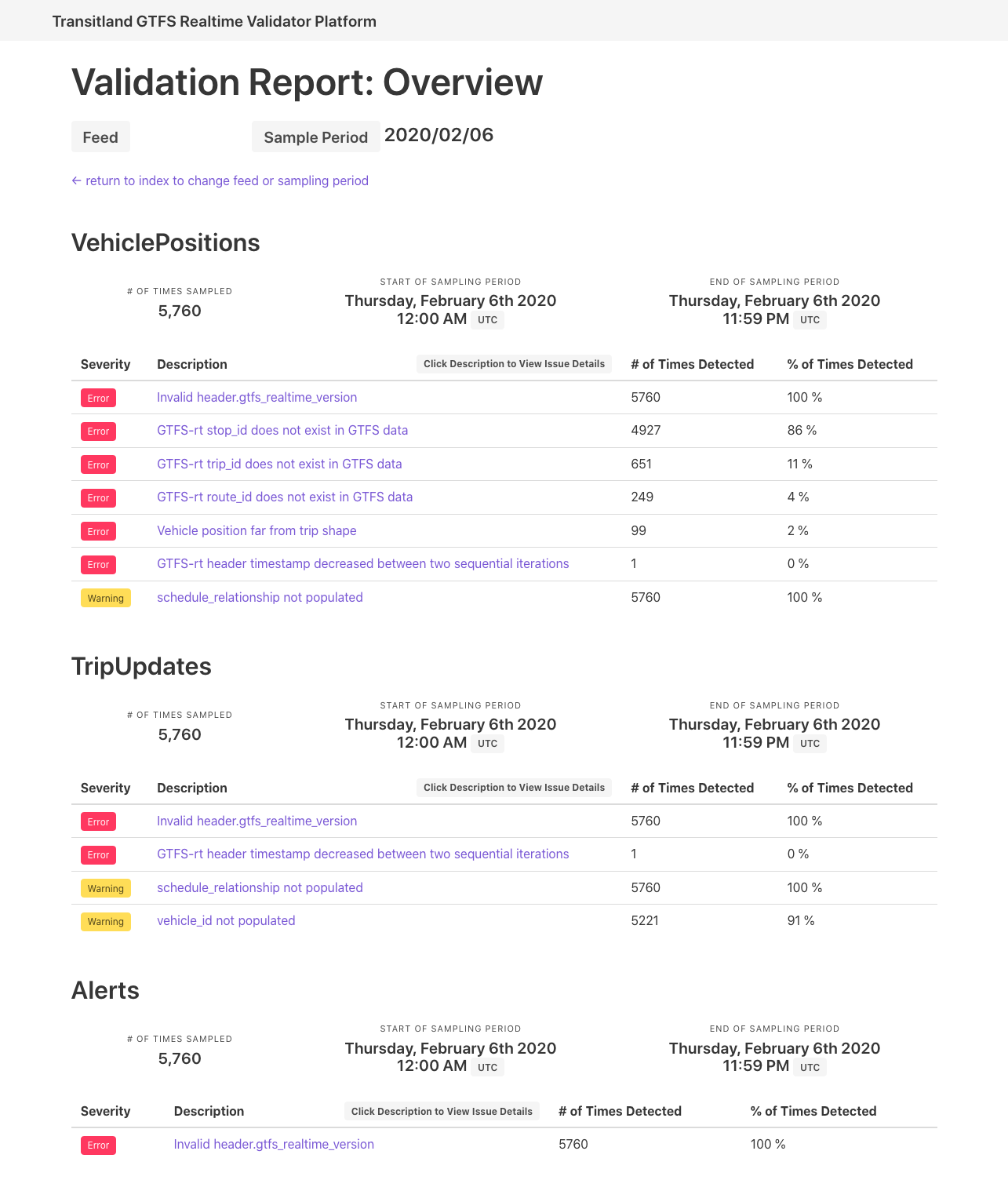 Transitland GTFS Realtime Validation Platform providing a report on a particular feed's quality--clicking on the links takes agency staff into detailed maps and tables for each error. (Source: Interline technologies)

Sign up for updates when we release new Researching Transit episodes: http://eepurl.com/g9tCdb

Music from this episode is from https://www.purple-planet.com