It has just been announced that PTRG researchers Mustafizur Rahman, Professor Graham Currie and Monash University Accident Research Centre researcher Carlyn Muir have won the ‘William W Millar’ award for best paper in public transport at the 95th Annual Meeting of the Transportation Research Board in Washington DC, USA. The award is one of the most prestigious in the world in the field of transport. The TRB annual meeting is the largest transport conference in the world and is attended by over 13,000 delegates. Their paper was selected out of literally thousands of papers and was titled:
‘Development and Application of a Scale to Measure Station Design Quality for Personal Safety’

The award has only been awarded five times and will be presented to them at the 96th Annual Meeting in January 2017. Amazingly it has been awarded to the PTRG team twice!; it was presented to Professor Currie, Dr Alexa Delbosc and James Reynolds in 2012. Monash University is one of the few Universities to ever win the award and is the only University in the world to win it twice. 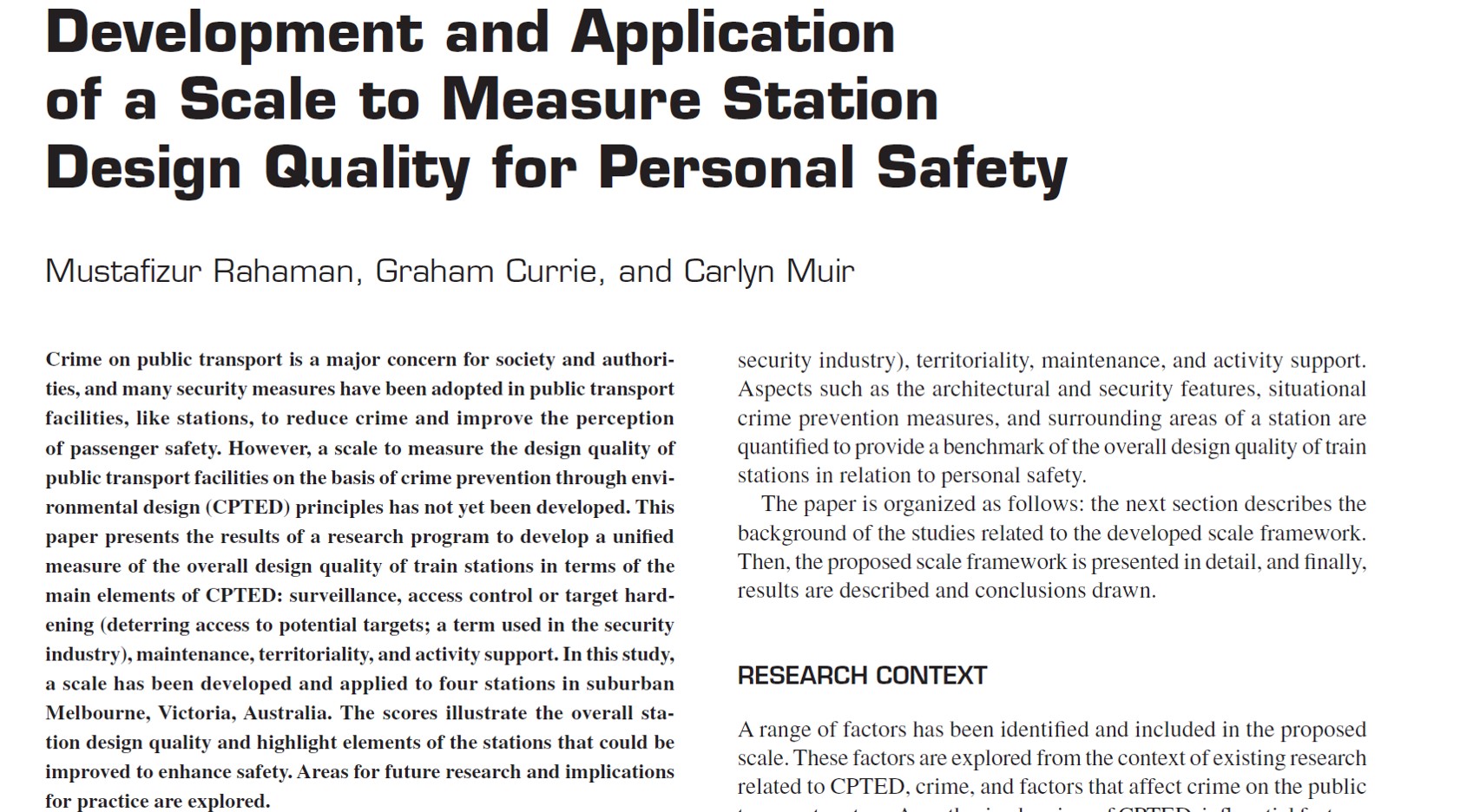